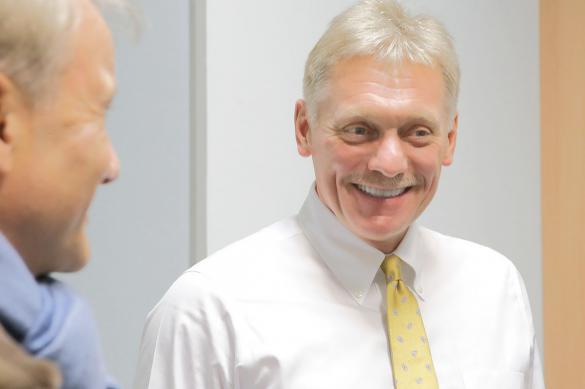 Peskov became the fourth high-ranking official who became infected with the coronavirus. The first was the Prime Minister of Russia Mikhail Mishustin, then the head of the Ministry of Construction Vladimir Yakushev and the Minister of Culture Olga Lyubimova.

Peskov's wife, former fugure skater Tatiana Navka, was also hospitalized with the coronavirus infection. According to her, her husband brought the infection home "from work."

According to most recent reports, as many as 10 899 cases of coronavirus infection were detected in Russia in the last 24 hours.  New cases have been reported in 83 regions of the country. Most of all new infections were found in Moscow (5392), Moscow region (1063) and Nizhny Novgorod (354) region. During the day 107 people died, 3,711 patients recovered.

Peskov made his last public appearance on April 30 at a meeting with President Vladimir Putin.  However, it remains unknown whether the Kremlin representative contacted the president.
It was also said that Peskov was hospitalized.

The total number of positive cases in Russia since the beginning of the pandemic has exceeded 232,000 people.

On May 11, Russian President Vladimir Putin, during a televised address to the nation, said that the period of non-working days in Russia would end on May 12. At the same time, Russia was not going to lift quarantine restrictions quickly, he added. The head of state also called on citizens to enhance personal protective measures.

Deputy Prime Minister Tatyana Golikova said that 33 Russian regions would be able to remove the restrictions imposed because of the coronavirus. According to her, 11 of them are ready to do this at any time, another 22 entities would need to raise the capacity of their hospitals to the required level.