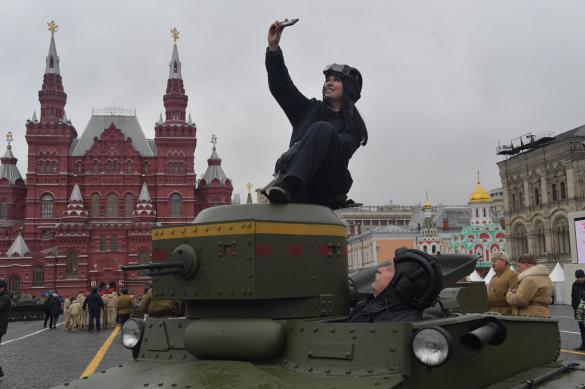 "We will do it the day when the legendary historical parade of the victors took place, when fighters who fought near Moscow and defended Leningrad, who fought near Stalingrad, who liberated Europe, stormed Berlin, - when they marched across Red Square," Putin said.

Putin instructed to begin preparations for the event. Defense Minister Sergei Shoygu will be in charge to ensure the most stringent security mode on June 24 to minimize all possible risks.

The president stated that Russia passed the peak of the spread of coronavirus infection. Over the last day, 8,915 new cases of coronavirus infection were detected in Russia. The total number of positive cases since the beginning of the pandemic exceeded 362,000. A daily maximum was set in terms of the number of deaths - 174 people (for the entire period - 3,807), as well as a record for the number of people who recovered per day - 12,331 people.

Putin also said that it was impossible to maintain social distance during the Immortal Regiment march, which is why the event will only take place on July 26, after the parade of the Navy.

Earlier, State Duma Deputy Speaker Igor Lebedev admitted ере did not rule out that the national vote on amendments to the Constitution of Russia could be held on June 24 to coincide with the day of the Victory Parade.

The traditional May 9 Victory Parade on Red Square in Moscow was postponed this year due to the spread of the coronavirus infection in the Russian Federation. President Putin then announced that all canceled events would have to be pushed back to a later date.

Now more and more people can finally see what few of us have been repeating for years: The entire world has its neck squashed by the U.S. boot