Russia’s GDP collapses by 12% in April

According to the Ministry of Economy, the non-working period was introduced in Russia to combat the spread of the coronavirus infection in March 30. The lockdown regime was thus implemented against the backdrop of the generally negative external economic situation and lockdown measures in the countries that usually act as trade partners of the Russian Federation.

The demand fell most in the sectors that are primarily focused on consumer demand: 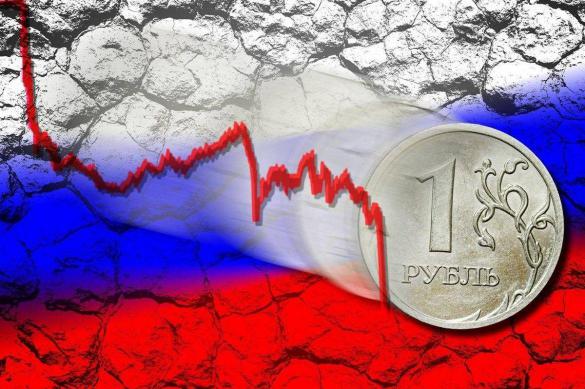 According to preliminary estimates, in the first quarter, Russia's GDP grew by 1.6 percent. According to the Ministry of Economy, economic growth made up 1.8 percent. In the second quarter, the department expects a decline of at least 9.5 percent. The Central Bank predicted a decline of eight percent in GDP in the second quarter of 2020, and by 4-6 percent - by the end of the year. International rating agency Fitch expects Russia's GDP to fall by five percent in 2020.

Russian economy may not be able to restart after pandemic

On Thursday, business ombudsman Boris Titov presented a report to Russian President Vladimir Putin saying that the decline in Russia's GDP may reach 5.5 percent in 2020 compared to last year.

"Russia has faced a double blow to its economy, in addition to the consequences of the coronavirus pandemic and restrictive measures. The sharp drop in oil prices and other resources has affected the economy considerably too. As a result of the negative consequences that the spread of the coronavirus infection COVID-19 has shown on the economy, the fall in oil prices, as well as due to the absence of active and large-scale stimulating policies, it is expected that the decline in Russia's GDP in 2020 (-5.5%) will be greater than the global average indicator (-3%)," the report says.

The results of Russia's economic development over the past ten years have led to insignificant growth in GDP and investment in fixed assets, while the real disposable income of the population before the coronavirus crisis was on a low level. "Therefore, despite the fact that the projected decline in GDP to -5.5 percent does not seem so significant, it will be a dramatic decline for the Russian economy," the report from the business ombudsman said.

The Russian economy faced the current crisis after a decade of stagnation, in contrast to the crisis of 2008-2009. Since 2008, Russia's GDP has grown by eleven percent, while the world average cumulatively increased by 45 percent (70 percent - in developing countries).

In addition, in 2013-2016, real disposable income of the population on average was decreasing by 1.2 percent annually and, despite a slight increase in subsequent periods, by the end of 2019 the income of the population was at the level of 2011. At the same time, in most other countries, the growth in real disposable income was 1.5-2 percent on average over the above-mentioned period.

From 2008 to 2014, the share of investments in fixed assets in Russia decreased by 0.6 percentage points, despite the fact that by 2019 this figure increased to 24.3 percent, Russia is still inferior to many developing countries.

The report notes that in order to maintain the potential of the Russian economy and successfully restart it after the pandemic, an active stimulating policy and implementation of a new strategy of growth, unrelated to oil and gas income, as well as expansion in the volume and quality of support for businesses against the backdrop of the pandemic and low oil prices are required.