In Omsk, 500 people locked up in dormitory for illegal quarantine

Tenants of a dormitory on 11 Cheredovaya Street in the city of Omsk were locked in the building. All the tenants of the building are not allowed to go outside. Earlier, several cases of the coronavirus infection were registered among those living in the dormitory, and all 500 tenants found themselves under the conditions of strict quarantine. 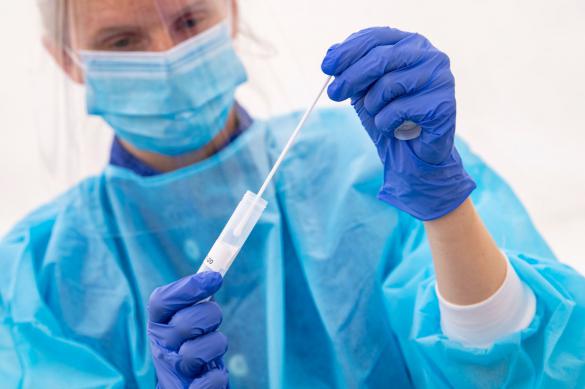 Police officers were put on guard at the entrances – the citizens supposedly do not follow the rules of the self-isolation mode. However, the officers have not been able to show the decree on quarantine restrictions to the tenants because they do not have the document themselves.

All the tenants of the dormitory are thus prohibited from going outside: the people are not allowed to go out to buy groceries, medications or other essential drugs. Most of them survive with the help of their relatives and friends, who bring them food.

Those who do not have anyone to help them, were forced to go from door to door asking for bread.

Someone reportedly tried to go out to buy groceries through the back door, but the door was soon blocked. Someone else, as it was reported, jumped out of the window on the second storey to be able to go to buy groceries.

The people eventually wrote an open letter to President Putin, as well as to the governor and the prosecutor of the Omsk region, demanding investigation.

omsk covid-19 lockdown quarantine coronavirus coronavirus in russia
Comments (3)
21:03
The Covid Conundrum
20:54
US shale oil companies wipe tears away with fists
20:22
Russia’s GDP collapses by 12% in April
18:49
Antonov An-178 to replace the good old An-12
18:44
Russia works on new MiG LMFS fifth-generation fighter jet
18:30
Is there such thing as too much information?
18:23
Russia starts building first strategic PAK DA flying wing bomber
22:07
USA continues war games to learn how to nuke Russia
21:34
Former governor sues Putin for dismissing him due to loss of trust
13:31
'Trump's One Saving Grace is That He Makes People Laugh': Kuznick
Planet Earth
The Covid Conundrum