The Investigative Committee of the Russian Federation for the Republic of Ingushetia is looking into the appeal submitted from the Legal Initiative project with a request to investigate into the case of female circumcision, when a nine-year-old girl was circumcised at a local private clinic. 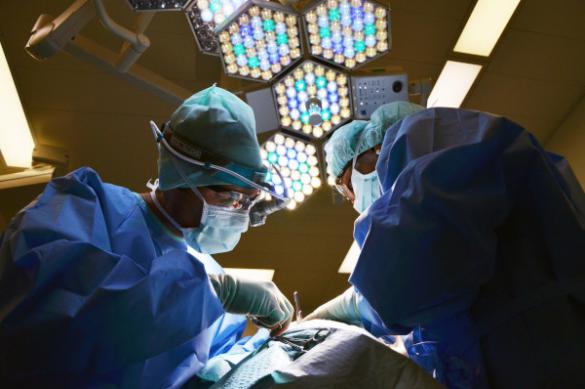 Doctors, medical personnel and administration of “Aybolit” clinic can be prosecuted for causing harm to health, committing sexual acts and providing unsafe services with a view to receive financial profit.

The victim’s mother said that she had separated from the child’s father a long time ago and kept the children. On June 21, 2019, the woman’s ex-spouse took his son and daughter to his house for the weekend. The next day, the boy called his mother and said that his sister returned home in blood and tearful. It turned out that the girl’s stepmother, her father’s second wife, took the little girl to Aybolit clinic in the city of Magas. Children's gynecologist Izanya Nalgieva conducted the circumcision procedure against the girl’s will. The girl’s grandmother said with reference to what her granddaughter told her, that the child was screaming and trying to break free, but her stepmother and clinic employee were holding her arms and legs. The adults were telling her that it was a common procedure for every girl, that she was not going to die.

There was no legal representative with the child at the moment of surgery. No one signed the consent for the surgery either. The doctor had no right to touch the patient.

On June 27, 2019, the girl’s mother went to the Investigative Committee Directorate for Chechnya (at her place of residence). A criminal case was filed against the children’s gynecologist under Part 1 of Art. 115 of the Criminal Code (intentional infliction of insignificant bodily harm, which caused a short-term health disorder or an insignificant loss of general earning capacity).

The gynecologist, a week after the incident, admitted the case of circumcision. However, an extract from the interrogation protocol states that "the child’s parents agreed to skin incision in the area of the clitoris, after which the procedure was performed."

A forensic medical examination established that the girl had  “a 6x5 millimeter cut wound on her  external genitalia.”

Later, during an interrogation, children's gynecologist Nalgieva stated that she simply provided the girl with medical care and did not perform any surgery. "I read my protocol inattentively and erroneously indicated that the ritual of circumcision was performed. At that time I did not have all that information memorized, because I did not have the health record available to me,” explained Nalgieva.

Ingushetia’s Commissioner for Human Rights, Dzhambulat Ozdoev, stated that he was ready to consider the statement from the girl’s family. “Of course, something needs to be done. So far we only have information from the Internet – this is the only case of the procedure,” the official said.

The trial of children’s gynecologist Nalgieva began in late 2019 and was the first incident in the Russian judicial system, when a case of female genital mutilation was considered in court. The trial is still pending. The judge repeatedly proposed reconciliation of the parties, but it did not take place, and the court hearings continued until the introduction of restrictive measures in connection with the coronavirus pandemic. The trial is to resume after the lockdown measures are lifted.

Representatives of the Ministry of Health of Ingushetia later announced that such surgeries are not conducted in public medical organizations of the republic, while the ministry does not regulate the activities of private clinics.

The Russian Council of Muftis, in turn, explained that female circumcision was alien to Islam, that it was a "pre-Islamic tradition", while subduing the lust of the flesh was a matter of moral guidelines of a person.