Illegal migrants are a potential source of COVID-19 in Russia, just like in many other countries too. They are not welcome at their home countries, but they cannot leave Russia either. It is unclear what they can do about their situation, nor do we know what the authorities are going to do about them either. 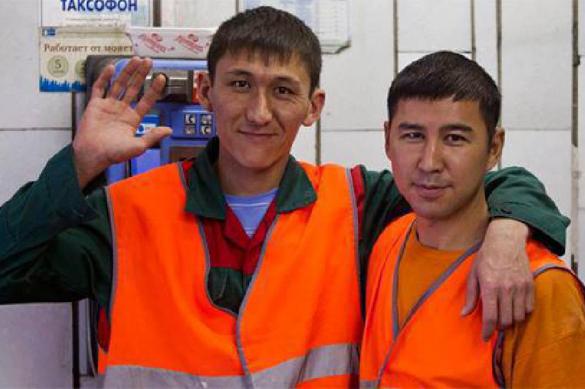 According to the Ministry of Internal Affairs of the Russian Federation, there are 2.5 million migrant workers in Russia. During the coronavirus pandemic, they lost their jobs and wanted to return home, but they could not. From March 18 to May 1, 2020, Russia closed borders to all foreign citizens to prevent the spread of the deadly infection. In this regard, the Russian authorities allowed migrants to renew their patents in Russia.

Legal migrants have a compulsory medical insurance policy, so this contingent will receive the required medical assistance. The leaders of post-Soviet republics try to take care of their citizens.
For example, Tajik Ambassador to Russia Imomuddin Sattorov sent an appeal to the Russian government with a request for tax "holidays" for his compatriots in Russia. If the Russian government satisfies his request, it will be forced to take similar measures in relation to migrants from other countries.

This request has its lobbyists in Russia, because by accommodating migrants, usually without proper social guarantees, businesses save up to 40 percent in construction and utilities by reducing production costs. Legal migrants will find work after quarantine ends.

Illegal migrants can only blame themselves?

The situation with illegal immigrants is more difficult - there are roughly about 1 million of them living and working in Russia.

Centers for temporary detention of migrants are unable to handle the problem. Illegal migrants should be deported from Russia, but court officers can not make this happen, because it is not allowed to cross the border now. Courts may wish to fine illegal migrants instead, but the majority of those people have no money to pay those fines. Sooner or later, illegal migrants will find themselves homeless on the street.

If infected, they will spread the virus quickly. Employers will not be willing to hire them for seasonal jobs because of fears of infection.

In worst case scenarios, this may lead to riots.

Valery Rashkin, first deputy chairman of the State Duma Committee for the Affairs of Ethnicities, told Pravda.Ru, that the police cover up illegal migrants who work at Moscow markets, such as Sadovod and Moskvich.

"Working conditions are insane, people work there like slaves, but they have the protection from the police, prosecutors and other bodies. Even though these markets are closed now, there is no normal law on migrant workers. Both businesses and the authorities are interested in having them powerless, as it is cheaper to keep them that way."

"They have no insurance, no trade unions, their rights are limited. They may get underpaid, sometimes they do not get paid at all. Illegal migrants are real slaves," said Valery Rashkin.

According to him, the epidemic has exacerbated the problem.

"This is a big problem from the point of view of protecting our citizens from the viral infection," the official noted. If no measures are taken, the crime rate will grow.

Valery Rashkin warned that in the absence of work, housing, money to support a family, "theft will go."