Russian scientists have launched a study, the purpose of which is to analyze the immunity that is formed in COVID-19-positive against. The key question that scientists have to answer is how the immune system works to protect the body against the novel virus, and whether it is possible to contract the infection repeatedly. 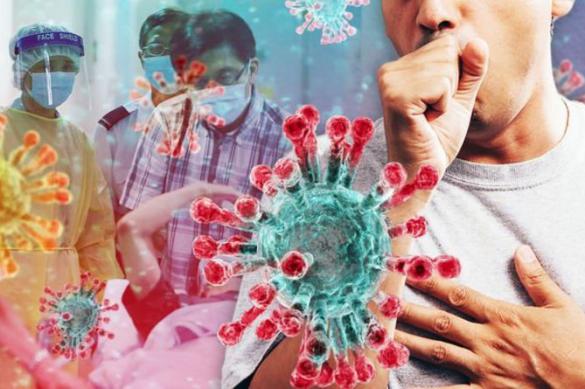 The problem with the current virus is that it appeared only a short while ago, and scientists have not been able to study it thoroughly. For the time being, they can only suggest that as long as this is a SARS virus, immunity to COVID-19 will be retained for about two years. However, there is no confirmed data as per the preservation of immunity.

According to Anton Ershov, Doctor of Medical Sciences, Professor of pathophysiology at the Moscow State Medical University, the optimal scenario for stable immunity to form against COVID-19 is the mild course of the disease without the excessive use of medications. In this case, the human body builds maximum immunity to the novel coronavirus.

An infected individual may not form immunity to the novel virus in two cases: if the course of the disease was either very mild or extremely severe. In the first case, the human body will not have the necessary amount of virus to take the infection seriously to start producing antibodies to it. In the second case, when the immune system does not form, - if a person is too ill. According to the professor, in severe cases of the disease, the body will be so stressed out that all of its compensatory forces will be spent on supporting life, rather than defense to provide protection against infection in the future. The body will not have enough strength, namely, proteins for the formation of antibodies, the scientist said.

Vaccine against COVID-19 can be very dangerous

"If we fail to cope with the problem by autumn, if we do not suppress the emergence of new cases and the spread of the coronavirus, the second wave will arrive. This is a seasonal virus that will be active in autumn and winter time,” the professor said.

As for the imminent creation of the vaccine against the coronavirus, it is not going to appear in the near future.

“Even if the whole world now starts working on the new vaccine to the detriment of other vaccines, the production of the necessary number of doses will take up to two years. That’s a long process," the professor said.

“Before one can start the serial production of the new vaccine, one must go through a very important stage of testing, which should also take at least another two, sometimes 3-4 years. Very few experts are optimistic about the rapid emergence of the new vaccine. Cutting the terms of clinical trials is wrong. We don’t know what consequences the new vaccient may lead to in the long term. Maybe it will cause oncology or fetal genetic disorders? There were cases in the past a poorly tested cure had caused severe consequences," the professor said.

Olga Pashchenko, assistant professor of immunology at the Russian National Research Medical University named after N.I. Pirogov, believes that one of the main reasons for the human immunity to deteriorate under current conditions is the uncontrollable use of antibiotics. Antibiotics do not destroy viruses - they treat bacterial infections that arise as complications from viral diseases.

In case of uncontrollable administration of antibiotics, pathogens' immunity to them increases due to multiple mutations of the genome of viruses and bacteria.

Self-treatment with the use of antibiotic drugs makes us less susceptible to a new, unknown virus. The immunity of the human population has deteriorated very much over the years: adults and children become sick at a greater frequency, infections becoming more severe, causing more and more complications.

A person can ruin their immunity easily. During the current self-isolation regime against the backdrop of the coronavirus pandemic, many have developed extremely harmful habits, such as overeating, drinking and a sedentary lifestyle.

The biggest mistake that people make is nightly overeating. Under the pressure of negative news, many people eat more junk food and drink more carbonated drinks. Such a lifestyle may lead to obesity, diabetes and heart diseases. It also worsens the hormonal background and raises the risk for developing atherosclerosis and dementia. Sitting in front of the computer for too long can be very dangerous. In self-isolation, many people spend whole days at their computers, working, playing games or watching entertaining shows. Sedentary lifestyle increases the risks of heart attacks, strokes and cancer. Doctors recommend sweating from physical activities five times a week.