Second wave of coronavirus pandemic is coming despite quarantine

Draconian measures of control and "Mao Zedong-style social control." This is how many refer to restrictions that Chinese officials imposed to contain the spread of the novel deadly virus in China. They simply locked the nation down and implemented total quarantine nationwide, when  hundreds of millions of Chinese citizens were isolated and taken under surveillance. The World Health admitted that it was China that took most decisive, operational, and aggressive measures  to contain the spread of coronavirus. 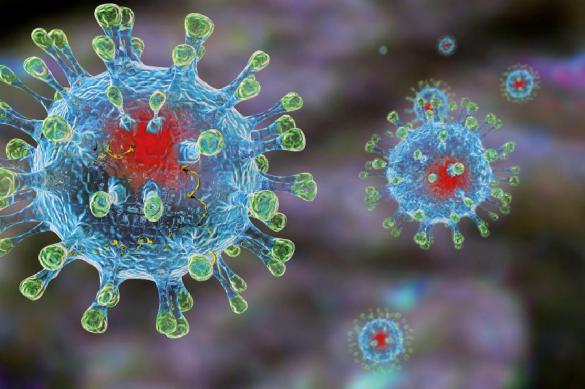 It goes without saying that it is not only China that can take such measures, even though China is an authoritarian country. However, the Russian authorities simply prefer to recommend people to stay home and have a non-working week. It can be possible, though, that they know in the Kremlin that taking stringent measures today does not make any sense, because coronavirus is going to come back for a second wave of pandemic. Quite possibly, the deadly virus will come back again and again.

According to experts' estimates, the world will have to implement mass isolation practices periodically, at least in 2020 and 2021. There are all chances for the second wave of the infection to come both in China and in other countries after the first outbreak had affected more than 470,000 people worldwide and claimed more than 21,000 lives by March 25, 2020.

The cause of the outbreak of the novel coronavirus still remains unknown, although it is believed that it started during the third week of November 2019. There is no vaccine against the novel coronavirus. The patients, who were tested positive for the virus, can only count on general supporting therapy and experimental injections of existing drugs. According to most experts, the widespread implementation of the clinically proven and safe vaccine will take from 12 to 18 months.

China managed to suppress the virus owing to aggressive quarantine, strict isolation and invasive surveillance conducted with the use of state-of-the-art technology - big data and artificial intelligence. It was reported that at some point of the epidemic, 760 million Chinese were in home isolation across the nation.

AI facial recognition technology and other tools were used to manage priority groups of the populations. International human rights organization Human Rights Watch (HRW) expressed dissatisfaction with the measures of the Chinese isolation, arbitrary detention of people and other forms of ill-treatment of human beings in China.

Authorities of other countries, from France to the Czech Republic and even Italy, tried to find a compromise between the need for control in order to protect their peoples and reluctance to look repressive to others. Totalitarian control is unacceptable in a country, where personal rights and freedoms are protected - Western countries criticize China for this very reason.

A group of researchers from Imperial College London, whose report from March 16 prompted the governments of the United Kingdom and the United States to actively reduce social contacts to combat the pandemic, warned of the vulnerability of the strategy with the use of so-called non-pharmaceutical interventions (NPIs), such as self-isolation and closure of public places. Such measures have to be maintained permanently or at least periodically until the remedy is found, the researchers said.

Michael T. Osterholm, PhD MPH, author of "Deadliest Enemy: Our War Against Killer Germs," believes that self-isolation measures and mild restrictions against coronavirus look like a fight against the wind. He warned in 2017 that other coronaviruses, such as SARS (Severe Acute Respiratory Syndrome) and MERS (Middle Eastern Respiratory Syndrome), were "harbingers of things to come". As soon as self-isolation ends, people will leave their homes. They will go outside, they will go to work, start traveling again, and the novel coronavirus may return, even in China.