The ongoing pandemic of the new coronavirus infection cannot do without conspiracy theories. It just can't. Conspiracy theories go hand-in-hand with every event of global scale, be it a revolution, elections, terrorist attacks, scientific achievements, natural disasters, etc. 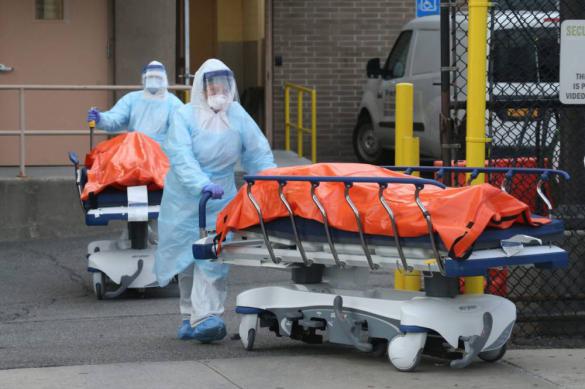 This is a normal trend, although conspiracy theories do serve as a contradictory tool for understanding the world. The tool is based on distrust to the centers of power and the feeling of powerlessness. Indeed, when we find ourselves in a helpless position, when we cannot change a situation in any way, we inadvertently start looking for those who remains is the center of power and who may benefit from this or that crisis. People project their uncertainty and suspicion to those whom they distrust.

Many conspiracy theories about the new coronavirus are hard to believe indeed. It is even harder to believe that some people can take them seriously, but they do.

As soon as conspiracy theorists announced that there was no such thing as COVID-19 virus, but there was deadly radiation from 5G towers, the association of British mobile providers, Mobile UK, reported dozens of incidents of arson of mobile communication towers in England, Wales and Scotland. Some of those arrested on charges of vandalism explicitly told the police that 5G cell towers supposedly caused the new virus to spread. Similar acts of vandalism against 5G cell towers were reported in Ireland, Holland, Belgium, Cyprus.

Unsubstantiated allegations of radiation from towers are associated with two false theories: one of them falsely assumes that 5G radiation supposedly suppresses the human immune system, while the second one claims that viruses somehow interact with 5G radio waves between themselves and find new victims, which contributes to the rapid spread of the infection.

In fact, while 5G does use a different radio range compared to earlier generations of mobile communications, this wavelength range still refers to the non-ionizing spectrum, that is, they do not have enough energy to destroy chemical bonds in human DNA and damage cells. To crown it all, people become infected with the novel virus in the countries where 5G is not used, for example, in Iran.

Another hard-to-believe version says that there is a mysterious combination of digits that serves as a protection from COVID-19. Mystics started proposing a combination of digits that supposedly can neutralize the influence of the coronavirus. For example, in Germany, a "spiritual surgeon" and a "life force advisor" from the city of Fulda urged people to hang sheets of paper with "537354" written on them. The woman claims that she received "this magical formula from creatures of the invisible world." The woman recommended writing these digits everywhere, especially in public places where people gather - at train stations, shopping centers, etc.

A Russian "expert" in the invisible world gives another life-saving combination of digits - "4986489." One shall assume that every country has its own combination of numbers.

Bruno Würtenberger, a "researcher of consciousness," believes that the things that are now happening in the world are part of a positive revolution. Imaginary chaos, in his opinion, is used to deprive evil rulers and those who stand behind them (Illuminati and Satanists) of power. The good forces that do this, are building a "humane system that is full of love" that will see neither wars nor hunger. Public life was stopped deliberately so that we do not interfere in the process to restore order in the world.

Some conspiracy theorists believe that the coronavirus pandemic saved the lives of hundreds of children, whom the ruling elite allegedly had been keeping in custody for the production of the "youth elixir." According to this version, the huge floating hospital USNS Comfort, which arrived in New York, was not intended to treat the infected Americans - it arrived to save children who had been tortured for years by elites. The children were allegedly tortured so that their bodies produce adrenochrome (as a result of the breakdown of adrenaline). This substance serves as the basis for the "elixir of youth."

Anti-Semites traditionally explain the current pandemic with their usual version - Jews and supporters of Israel are guilty of everything. According to them, it was the Jews who selectively spread the virus to cause great damage to their enemies. In addition, they spread rumors about the non-existent pathogen to make humanity panic order to take control of it. Naturally, the news about Israeli scientists working on the vaccine is seen as an evidence to proof the theory.

Representatives of many Christian movements believe that coronavirus is nothing but punishment from God. According to them, God could be enraged by the legalization of abortion and same-sex marriage. Michael Arndt, Bishop of the Russian Orthodox Church in Berlin and Germany, saw a sign in the fact that the virus came down on us during the Lent. According to him, God sent the virus to our world because of gays and lesbians.

Patriarch of Moscow and All Russia Kirill spoke about the COVID-19 pandemic as divine providence that should destroy the ideals of the consumer society. "The development of human civilization, especially in the last decade, has been driven with the unrestrained desire to have more, consume more, desire more. People's consciousness has been reoriented so much that the desire to have more took the central place in life, while all the great values and ideals, including the most beautiful ideal - faith in God - went into the background for many.

"If we become closer to God as we go through this oppression, we will undoubtedly overcome this oppression. What is happening to people today will be for the sake of all of us," Kirill said.

Ironically, not that long ago, Patriarch Kirill made a trip around Moscow in a Mercedes-Benz V-Class vehicle, in which he carried icons. While on the trip, the head of the Russian Orthodox Church prayed to relieve Moscow of the coronavirus infection.

The theory about the coming of the Antichrist is also very popular. The last time the world was expecting the doomsday to come in 2012. However, prohibitions to go to the church because of quarantine measures gave food for thought to many. Believers were reminded of prophecies: the Antichrist will come when Easter is celebrated on a wrong date, and when the gates of the Church of the Holy Sepulcher in Jerusalem are closed. They even associated the word "coronavirus" with the coronation and enthronement of Antichrist.

Indeed, the Church of the Holy Sepulcher in Jerusalem was closed, believers were not allowed to see the convergence of the Holy Fire. However, in the "Revelations of St. John the Evangelist" about the end of the world, there is not a word about the Holy Fire. Similarly, there is no connection between the closure of the church and the convergence of the Holy Fire. The temple had been closed before: its gates were closed on February 25, 2018 in protest against changes in tax law of Israel and a new law that authorized the state to seize land from the church.