Fans from all over the world continue coming to Russia for the World Cup. In Moscow, football fans paralyzed many pedestrian streets having arranged mass festivities there. Most fans gathered on Nikolskaya Street, which is adjacent to Red Square. 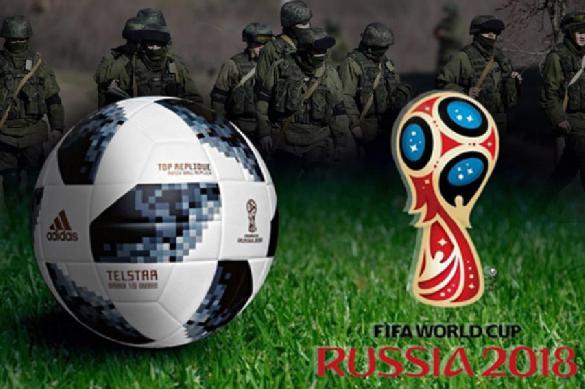 Crowds of football fans gathered on Nikolskaya Street to support their national teams. Russia is welcoming fans of all ages - one can see elderly people holding hands, young people partying and even young parents with children. Light garlands above the street created a very special atmosphere of a football carnival against the background of facades of historical buildings covered with flags of the countries participating in the championship.

Representatives of Latin and South America predictably turned out to be most active football fans, for whom football is a religion. Peruvians and Mexicans attracted people's attention by performing  national dances and playing traditional musical instruments. Fans from Argentina gathered the largest number of fans around themselves as they were singing the national anthem in unison, infecting everyone around with football fever.

The Moscow police were behaving in a very friendly way with foreign guests, but were firmly suppressing all attempts of the latter to drink alcoholic beverages in public places.

In St. Petersburg, a fan from Morocco was robbed after visiting the festival of FIFA fans on Konyushennaya Square. On the way back, the man found that he lost 2,500 euros and his iPhone 7. The loss was evaluated at about 200,000 rubles. The Moroccan fan could only speak Arabic, and it took police officers a lot of time to understand what he was trying to say.

On June 11, a Chinese woman reported the loss of a designer backpack and an amount of money worth 3,000 dollars. The same day, an American man addressed the police saying that he was left without cash. A 25-year-old Egyptian reported the loss of his luggage. The young man could not overcome the language barrier and resorted to the help of his friend, who could speak English. It turned out that the men forgot about their bag with tickets inside as they were stunned with views of St. Petersburg.

In Kaliningrad, Nigerian football fans asked local authorities permission to bring live chickens to the stadium. The authorities had to decline. For Nigerian fans, a chicken is their mascot that they bring to every venue.  They did not specify what they needed the chickens for, although it is generally believed that African football fans usually practice various magic rituals during football matches, and chickens are widely used in Africa for sacrifice. Nigeria will play against Croatia in Kaliningrad on June 16.