Norway has refused to participate in NATO exercises in the Barents Sea. Norwegian experts say that such activities are not a priority for Oslo, plus they are impractical and even dangerous. 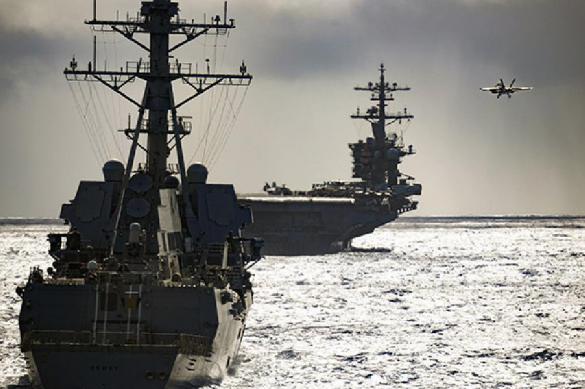 Last week, the NATO leadership informed the Russian Ministry of Defense that destroyers of the US Navy USS Porter, USS Donald Cook, USS Franklin Roosevelt and the frigate HMS Kent of the British Navy would enter the Barents Sea to conduct exercises.

A NATO press release said the goal of the exercises was to conduct maritime security operations. This is the first time when NATO holds such drills since the late 1980s.

Norway does not participate in the exercises

According to Norwegian television channel TV2, Norwegian Minister of Defense Frank Bakke-Jensen confirmed on Tuesday that Oslo was not participating in those exercises, as the country considered the event an  “inappropriate” activity of “no priority.”

At the same time, though, Norway fully supports the expansion of the presence of the alliance close to the borders of Norway.

"Through the military presence and exercises in Europe, the United States contributes to NATO’s collective defense. The Americans and the British openly informed the Russians that they put an emphasis on their right to freedom of navigation in the northern seas too," said Bakke-Jensen.

Why Norway does not want to defend itself from Russia

TV2 interviewed a researcher at the Norwegian Defense Institute, Colonel Tormod Heyer, who believes that "in the Barents Sea, there is a struggle between us and Russia." Heyer stated last year that Norway prefers to pull out from the drills because the country had cut its own armed forces.

“Only a few months have passed since the Russians tested the Dagger ballistic missile on the MiG-31 over the Barents Sea. This missile will be able to hit targets throughout Scandinavia in a short time, including the Orlandet airfield and the Thule base to the north off Greenland. Thus, the US Navy will now show the Russians that it has a response in the Barents Sea – the missile defense system," Thomas Nielsen, editor-in-chief of The Barents Observer online website said.

He recalled that at the end of April, anti-submarine exercises were held in the Norwegian Sea with the participation of four warships, a P8-A Poseidon observation aircraft and a nuclear submarine. Norway did not participate in those drills either. In the fall of 2019, the Norwegian authorities refused to purchase equipment that was required for the country to join the NATO missile defense system (ABM).

One may assume that Norway is unwilling to interfere in the "struggle between the United States and Russia" off its shores.

It is dangerous to misinterpret the psychology of the Russians

Julie Wilhelmsen, a senior officer at the Norwegian Institute for Foreign Policy, told NRK that the situation in the North had not been so intense for a long time. Wilhelmsen does not believe that NATO exercises in the northern seas could intimidate Russia.

"It seems that the Pentagon thinks that attempts to get as close to the borders of Russia as possible will restrain her. Such an interpretation of the psychology of the Russian leadership is incorrect and rather dangerous, because Russia, as a rule, does not respond to such moves," said Wilhelmsen.

She believes that Moscow is most likely "not going to retreat," at least not in the coastal seas, nor does she want Norway to become a launching pad for US military operations.

“In a way, these exercises exacerbate Norway’s position of a small country among the great powers, making it more unreliable,” the expert said.

In an email to NRK, the Russian embassy to Norway said that the exercises "do not contribute to overall security and predictability." The Russian embassy also said that it was more important to start negotiations the professional way - to restore mutual trust and full contacts between the military.

Russia responded to NATO exercises with military exercises of its own. The maneuvers that began on May 5 involved IL-38 anti-submarine aircraft, Yunga, Brest and Snezhnogorsk anti-submarine ships, minesweepers Vladimir Gumanenko, Kotelnich, Solovetsky Yunga, the press service of the Northern Fleet of Russia said.

For Russia, the waters of the northern seas are important because Russia needs to protect nuclear submarines based on the Kola Peninsula. In addition, the Arctic is a highly important region for Russia. The United States needs this region in case of crisis. Washington fears that Russian troops based on the Kola Peninsula will enter the Norwegian Sea and move further west in the direction of Iceland, Greenland and the United Kingdom. In the event of a war, it will be difficult for the Americans to send reinforcements across the Atlantic to Norway and the rest of Western Europe quickly.