Saudi Arabia falls first on the battlefield of oil war

Saudi Arabia could not stand the declared level of competition with Russia and the United States. The Kingdom was the first to surrender in the oil war for the market. 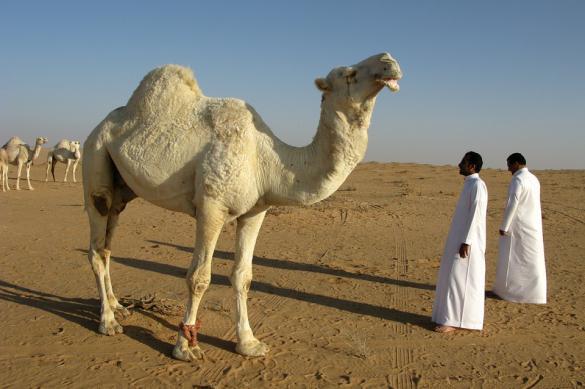 On Monday, May 11, Saudi Arabia announced that it:

After the collapse of the first OPEC+ deal in March, the Saudis quickly increased their total production to 12 million barrels with a view to quickly gain an additional market segment. The trick did not work, and oversupply against the backdrop of declining demand in the midst of the coronavirus pandemic caused oil prices to collapse with futures sliding down into the negative zone. The new OPEC+ deal began to operate on May 1 of this year, and it provides for a reduction in oil output for all parties.

“We are facing a crisis that the world has never seen in modern history, a crisis full of uncertainty,”  Mohammed Al-Jadhaan, Saudi Minister of Finance, acting Minister of Economy and Planning said.

“These measures that we have taken today, no matter how tough they are, are necessary and useful for maintaining comprehensive financial and economic stability,” he added.

The price of $30 per barrel will not save Saudi Arabia

Despite efforts to diversify the economy, the kingdom still largely (at a greater extent than Russia) depends on oil revenues to replenish the budget, which is calculated from the price of $80 per barrel.

Currently, the price of Brent crude fluctuates at around $30 per barrel, and experts do not predict its rapid growth due to the global economic crisis. The kingdom lost billions in revenue from the suspension of Muslim pilgrimages to the holy cities of Mecca and Medina, which were closed to visitors because of the coronavirus pandemic.

According to Moody's rating agency, Saudi Arabia's foreign exchange reserves will drop to a level lower than $375 billion in late 2021, compared with $488 billion at the end of 2019.

Gennady Shmal, chairman of the Union of Oil and Gas Producers of Russia, told Pravda.Ru that the Saudis had very large social programs for their budget. The low oil price became a very serious problem for them, and they are interested in raising the cost of a barrel to at least $60.

"Probably, such a price would be good both for them and for all others," said Gennady Shmal.

The way out, the specialist believes, is to reduce production. “The Saudis realized that they need to work on this together with everyone, and this is what they do now." According to Gennady Shmal, there will be no serious increase in oil prices until companies resume their pre-crisis normal operation, and until the Chinese economy goes up again.

Note that behind the facade of authoritarian stability, Saudi Arabia hides many problems. Saudi Arabia’s direct costs for the Yemeni campaign amount to $6-8 billion a month, let alone the fact that the kingdom continues buying tons of weapons from Western partners.

A high level of unemployment among the youth (32%), the Sunni-Shiite confrontation within the country and in oil producing regions in particular, widespread corruption and bureaucracy, low labor productivity – all these aspects add more fuel to the fire of the crisis that Saudi Arabia has found itself in. Saudi Arabia could not withstand the declared level of competition either with the United States or with Russia or with both countries together and was the first to surrender in the “oil war” for the market.